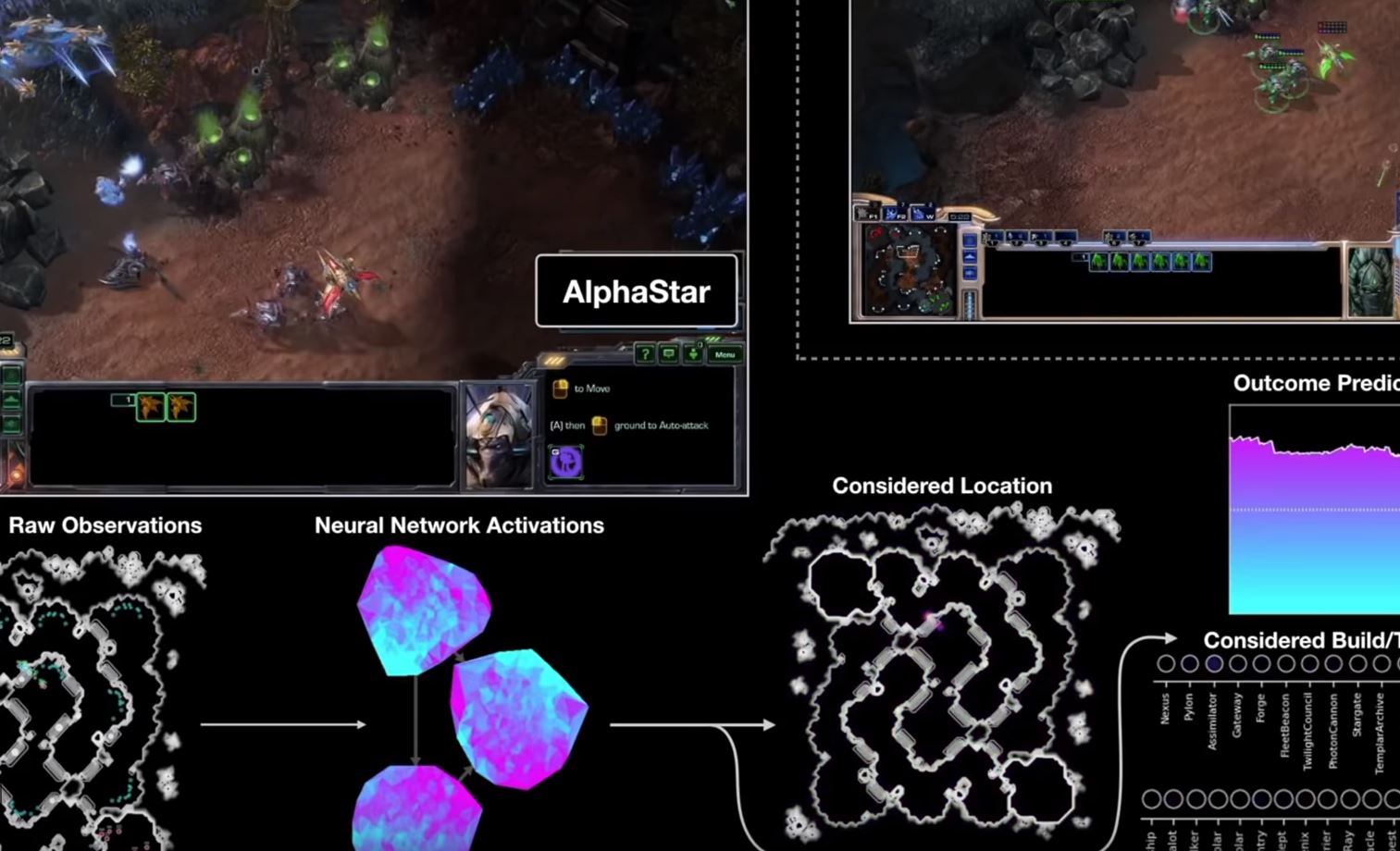 I’m a Starcraft player that plays on ladder (no eSports for me). One of the biggest advantages these machines have is that they can select as many attack pathways as they want in a single Hz, whereas a human player may take over 300Hz to select EACH attack pathway. The system usually runs anywhere between 20-200 visual system updates per second, and things like internet lag and rendering time can cause asynchronicities. This allows the AI machine to focus unit movements and attacks better (a.k.a. micromanagement) , so as to defeat units it is attacking by tailoring attack squad sizes and protect it’s weakened units if they are under attack.

The AI can sometimes also tell what a player has inputted into the console, and counter the command BEFORE the command even renders on screen. In computer science, the list of inputs and function requests is called a “Stack”, and if there is no response delay, the AI can and will ALWAYS have a counter to a player’s “card” in the “stack” coming up IMMEDIATELY after the player’s input. Lots of players reduce graphics settings to try and limit delays related to artistic rendering of the battlefield, decreasing realism, but increasing their response times, to try and imitate the AIs abilities of responding quickly. If humans want to defend against this advantage, we will need to focus on “Two-headed Ogre” (I.e. Multi-User Input) and effectively implement Hive Mind style mathematics and engineering and technology in order to spread the labour of command/direction over many participants.

In terms of Strategy, the AI is far from perfect. Like Chess, there is a broad group of accepted moves and responses, called “Opening Moves” in chess, that Starcraft players call the “Metagame”. AIs still aren’t good at things like guerrilla attacks on secondary bases while other forces distract at the main base, and baiting with tanks (i.e. high health units) to get opponents in range of projectile throwers, or in range of a surround by fast-moving units. One thing I’ve noticed that AIs can do really well, is that they can access the unit pathing data so as to block routes of egress of routed units, especially around ramps and mineral patches. AIs are typically predictable, but play so perfectly that the advantages outweigh the ability of player-collected intelligence to be used in feeble attempts to offer counterattack opportunities.

In recent years, I would classify AI as being more “Brave”. Whereas the early days of Starcraft 2 saw AI that ran away if it was hit a single time, later builds presented AI that would engage and then run away at low health. Now, AI builds up macroeconomic powerhouses that can outnumber without ever facing significant losses, and if there is ever a loss projected, it just hax the player damage to be nothing, or recharges shields on the fly, or produces localized unit replacements out of thin air without spending resources.

Voice of “Abdul-khazeer” from Diablo 3? Love it. Give this guy a beffier run on the controls and help him assess the nature of the threats in HIS life, with the burdens you bear in your own in mind. GETTING INVOLVED MAY BE DANGEROUS, AND YET FRUITFUL, SOMEHOW, AS THOUGH THE ROSES OF WAR ARE NOT ALL THORNS.

Next: Controller Detected. Updating Hardware. Please Do Not Unplug Controller. »
« Previous: The Menu At Chateaux Hamad