Working For All The Men 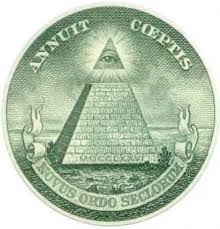 In tech support, at least, the more you get paid, the less you have to work. Why?

Well, if your company pays you $10 an hour, then the companies your company contracts with can get a lot of work for cheap, and are more likely to work with your company, sending more work your way.

On the other hand, if your company pays you $100 an hour, then the companies your company contracts with will get the same amount of work for a lot of money, and are less willing to work with your company than if you were making less, sending less work your way.

Whether or not work is coming your way, you sit in your office building cubicle collecting pay.

So, people with large salaries mostly sit around doing nothing and being rich and having stress free fun on weekends in their big houses and driving to all their favorite stores in their fancy cars to buy whatever they want. Meanwhile, the people who are doing all the important work in the world are going into debt because they can’t keep up with all the bills posted to them by large salary do-nothings.

The best way for an overworked tech support agent like myself to ensure job satisfaction is to ask for more pay, but no one I have applied to is offering me more than my FIRST job as a tech support agent, meaning I am expected to work twice as hard as the “twice as hard” I was ALREADY DOING for half as much as the “half as much” I WAS ALREADY EARNING. This means I need to be getting 2^4 * whatever it is they are offering me, to do good work in a system of government that tacitly approves of enslavement and worker abuse.