When The Dog Finally Catches Its Tail 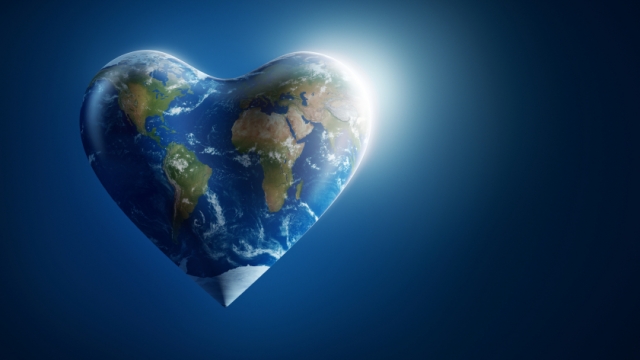 The subset of humanity dedicated to ensuring humanity does not kill itself off has lost its way in arguments over climate change, asteroids, and other simple-to-navigate issues. In the face of war, oppression, and weapon violence, and environmental exploitation in the name of all of the above, humanity has more to fear than any natural disaster. I understand the ease with which a person can kill someone and take their things as compared to working for it themselves, but violence and oppression result in an empty society wherein all the roles necessary to run it are not being filled. The result of losing potential allies is always a weaker collective that can not stand up to the problems faced daily. Every life matters: Black ones, white ones, old ones, unborn ones, strong ones, disabled ones, poor ones, rich ones, domestic ones, foreign ones, free ones, subjugated ones – humanity requires every member to contribute and participate in the grand scheme of things, or humanity is doomed to fail due to its own inability to overcome obstacles cohesively. You never know who will be responsible for the next great step in humanity’s future, so the default imperative is to preserve all life.

The founding fathers of America espoused a rhetoric demanding a minimum of foreign entanglements, leading to two centuries in which American politicians granted few alliances to potentially friendly nations, but the willingness of Americans to wage war on foreign soil (Europe, Africa, Asia, and the Middle East. The whole world, really…) and within its own borders (War on drugs, war on crime, war on poverty, war on education, war on minorities, war on X, Y, & Z) without humility flies in the face of this isolationist reasoning and is a setback in the country’s potential to create a successful globalist society for its citizens through the generation of beneficial networks and trade and relationships for its citizens and inhabitants, as well as others across the globe.
While I have learned to see capitalism as a vice in most urban environments, due to the hardships of subsisting on a retail environment with limited work availability and slow growth leading to a lack of jobs (generally the reason people choose to pick up a weapon), I have also learned that the only solution to bad capitalism is more effective, better capitalism. If someone is selling bad street drugs, it is preferable to research a better drug, over-produce good product as compared to bad product, and undercut the prices of bad products with good products to killing the dealers and producers or directly interfering with them. Let mathematics do the work, and let the people doing bad things negotiate a new line of work within their own destructive lives until they land upon something honest. As hard as honest work is to find, violence and oppression must never enter into the equation if life is to truly be held sacred.
Then again, in the wrong hands, anti-social populist capitalism is the most dangerous passive-aggressive force on the planet, so be kind unto others. Feel free to permute ideologies and combine them, but refrain from using them to wage total war against others. We are all in this together.
Next: Spankings! Spankings for Everyone! »
« Previous: Quantum Computing Completeness Entaglement