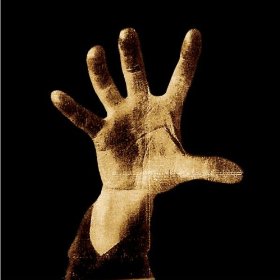 Adam Smith’s “Invisible Hand”, the one he hypothesized as being a subtle influencer of the economic and banking sectors, is more akin to an invisible army of motivated actors, these days. The invisible hand, previously believed to be responsible for mandating the correlations between supply and demand, cause and effect, and chaos and order, has been harnessed by collectives of conspirators, who hope, more than anything, to reign in the ebb and flow of natural relationships for their own personal, and highly unnatural gain.

The unseen and largely unreported activities of these activists in all of life’s affairs, not just in the economic and banking sectors, is overburdened by multitudes of spooky, seemingly superpotent, supersentient paradigms, that have been imbued with the ability to act on their creator’s whim to effect change in the environment for their mutual benefit. As the conspirators grow stronger, so too does their ability to generate more of these semi-living beliefs.

These machinations are devised by a group of never-present people, yet we know by the existence of the plans that planners must exist. Just as we often feel the touch of an invisible wind upon our receptive flesh, so too we know that this invisible force has power, and also that it has a source. We see, again and again, the improbable effects bourne out by the collective will of control freaks, who’s aim it is to game the schema describing life’s balances with mazes of regulations, and forced, hubristic designs.

Their ability to manufacture results, and demand consent from the unrepresented and overruled masses is almost inhuman in nature. By all means, it is more than a little likely that the inhuman element of these conspirators includes artificial intelligences of a sort, brought about by millions of man hours dedicated to psuedo-intelligent automation, and the employment of ignorant and all-worshipping masses of barely-sentient workers and drones, culminating in a system beyond the ken of man to comprehend or resist.

As the “Invisible Army” is a work comprised of the enshrined actions of more than one conspirator, it is only natural for an observer to be able to detect misalignments in the seemingly machined, cog-and-pinion-like form of these self-guarded conspirator’s devices, and from the mistakes perpetuated by their imperfect dreams, come to know the nature of the beast they have created from nothing, to rule the lives of all they hold in disregard. This knowing takes place between the milliseconds of synchronized failure of the machine, when the status quo of death and greed fall silent in rare moments of life and understanding. Knowing that one is subject to the will of inhumane oppressors in no way frees one from the harness. It is merely the growing knowledge of an immutable evil that can not be confronted, and will never grow weak or falter. The ability of this maligned structure of controls to abuse and cast out is beyond any person, nay, any group of people’s ability to ever do away with.

It seems that there is nothing to be done through action that can adequately respond to the growing belief in a widespread conspiracy, apart from the small, seemingly irrational and illogical acts of a person who is caged and won over, and yet still attempts to feebly resist the bearing weight of their oppressor. Yes, it is futile for the pawn to resist the chess players, when a winner has already been declared and the winnings taken home, but even a broken pawn can slow the advance of the monsters who toy with the lives of the innocent for their own benefit.

You have been warned.

Next: Dialogue With A Lunatic »
« Previous: It’s the End of the World and We Know It