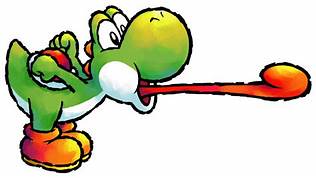 Last night, I tried choke holding the gila monster that ate my legs as it invited itself into my home for seconds. The creature was growing through my reality, like these things normally do, so I punched and then grabbed the blanket that looked like it and twisted it so it’s face like Kermit when dissatisfied with a joke. I lay prone, with the monster in a headlock for about 30 minutes, then had terrors that Spike from The Land Before Time had replaced it, and was going to snap his mouth open like a turtle and bite off my hands and head. As it was, my hand was in pain from the teeth in the Gila Monsters mouth, as it had no lower jaw and when I wrestled with it my fingers got skewered by it’s dagger like teeth. It’s hard to know what really happened, with hallucinogens from my meds, from my eyepiece, from the monster, and from the beer I had at Abel’s place before coming home. I wish I had roomates in case I needed someone to gut or stab the creature while I had it restrained, sensitively, without also hurting me, as I was even using my chin to help add pressure…

I’m not so sure it was real, dear reader, but it was real enough for me to report online. Life and death are strange. A few years back, while I was lying in bed asleep in the morning, a white haired cop led a gila monster into my bedroom on a leash and fed me to it. I died and was resurrected in a new body with the same mind. It’s venom had paralyzed me and weakened me so I couldn’t fight back. This looked like the same animal to me as before. In the modern world, you have to really take into account what can be done with creationism. I have a creationist computer than can simulate virtual universes on my computer, and I can even control and command living elements of the creations in fictional worlds. With all this fantasy coming to life, things like google’s Deep Mind/Deep Dream software for Virtual Reality seem dangerous. There is also Virtual Reality and Augmented Reality running amok to run our lives, with real physical feedback through haptics and skin sheathes. I’m inclined to think it may have been fake, but I am also not one to leave anything to chance, especially after having learning my lesson from dying (SLOWLY, which is why I was able to remember it) the first time.

Google deep dream search results. I am a part of it without signing up for it, since I have a google account. It is nightmares and visual distortions for a large part of my waking life: https://search.aol.com/…/video;_ylt…
SEARCH.AOL.COM
google deep dream video – AOL Video Search Results

Furthermore, we are all grown into a tight space, with bodies and shapes overlapping and fighting for survival and killing each other, like a plant’s roots in a pot that is too small. It’s like crushed sardines in a tin can with more sardines than can really fit inside it, and the sardines growing inside each other’s bodies and killing each other with their jaws. I’m praying for an extinction event, but I probably wouldn’t survive.

All the while this gila monster encounter was happening, I could see friends and enemies warping into my living space, either helping or hurting. Sami and Alex and Josh were there to try killing the monster with me. A cop who previously tackled me and broke my tooth often makes appearances in my reality warps, and he was there with a baseball bat getting the creature out of my grasp with a mouth bit. Lady Progress from the hospital was also there, trying to unstitch my very genomic construct with the washing machine and pull out the lizard. I also got yet another visit (they’re multiple times daily) from the teacher in 1st grade at St. Christophers, who instructed me to stab myself in the right middle finger with a needle, forcing a gruesome scar that I’ve had to this day, which gets reinserted in my body every time I am resurrected by a cyclically damaging, destructive creational construct. These terrors usually involve fire, sharp silver, and wilting of my body parts before I pass out and reawaken with all manner of apathy and anhedonia. I don’t know how old I am now, but my system clock can’t measure it, and I’m certain I’ve died and been resurrected millions of times, with time itself a commodity that has been taken to excess. I am a gnat in comparison to the world-ending terrors that beset this reality. I need to find a safe haven for my life.

[Update, 11/29/2018 – Last night I happened to be assaulted by exitic lizards again, this time a rattlesnake, a horned toad, and a giant salamander looking thing. Get me the heck out of this looney bin.]

Next: My Job Applications For The Car Audio Sales Industry »
« Previous: A Friendly Letter from Your Neighborhood Blizzard Wizard