SI Units Are Not Your Friends Any More 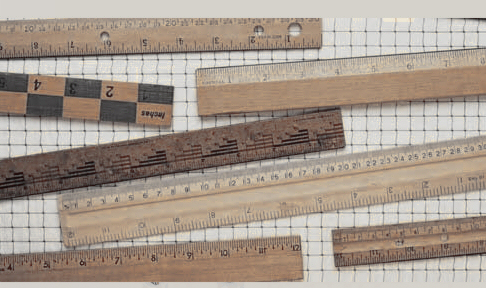 Steal it, like you take everything else from me, Internet.

Taking out the absolute values from the real numbers during the process of converting imperial units allows for transformations from, “Square rods, to square feet,” for example, or even, “Square rods, to cubed feet,” *directly*, but don’t stick any negative numbers in there, or it breaks. Otherwise you have to generate a psychological model for negatively dimensioned objects, which is ugly, and leads to hauntings from an infinite army of imperial-system-of-units-and-measurements ghost-bodied simulational objects.

I came up with this proof when doing the Harvard Entrance Exam from the 1890s. It was so easy and ghetto. (Good luck to any time-traveler applicants out there)

Honestly, the army of imperial ghosts attacking me is probably protecting their ability to scam the public via sales of products that scale to smaller sizes, while maintaining the same price. The universe may or may not be expanding, but the portion size of the things we buy is definitely shrinking.

Consider for a moment the computer industry’s shift from measuring in bytes to measuring in bits, while taking advantage of the consumer’s inconvenience in learning a new mathematical conversion to account for the same class of product, and you have another form of disingenuity. The fact that difference of 8 times the memory is being fucked with is slightly different than this algorithm’s subject matter, because there are two units being used in bytes vs. bits. In reality, the same unit names are used to deceive consumers, but the scaling of real value units represent are utilized to say the same unit represents a smaller amount. MegaBits or MegaBytes? Now you have to go mess with aunt sally while converting from binary to base ten. It isn’t easy to do, and that’s why companies use it as a selling point to lie about what the buyer is getting.

Americans are some of the most heavily employed, hardest working people in the world, and yet we are still empoverished by the employers who underpay us when we make money, and the corporations who undersell us when we spend it.

The nature of economies of scale with mass production, when considered along with the immortal nature of greed, means corporations can collude to make a small decrease in service equate to a huge increase in profits. Imagine the bag of chips wasn’t 2/3 air.

What should you, as a defenseless consumer, do? Buy your own scales, and make sure they’re mechanical, and NOT electronic or networked. When selling, use this ruler: =. When buying, use this ruler: =====. If your trade partners aren’t using SI units, neither should you! I’m sure metric is just as bad, so don’t book those tickets just yet.

Good luck getting a good deal on all that leftover Halloween branded candy next week!

Suggested listening: Rage Against the Machine – The Battle of Los Angeles

Next: Caesar En Vogue »
« Previous: All Glory to the Hypnotoad