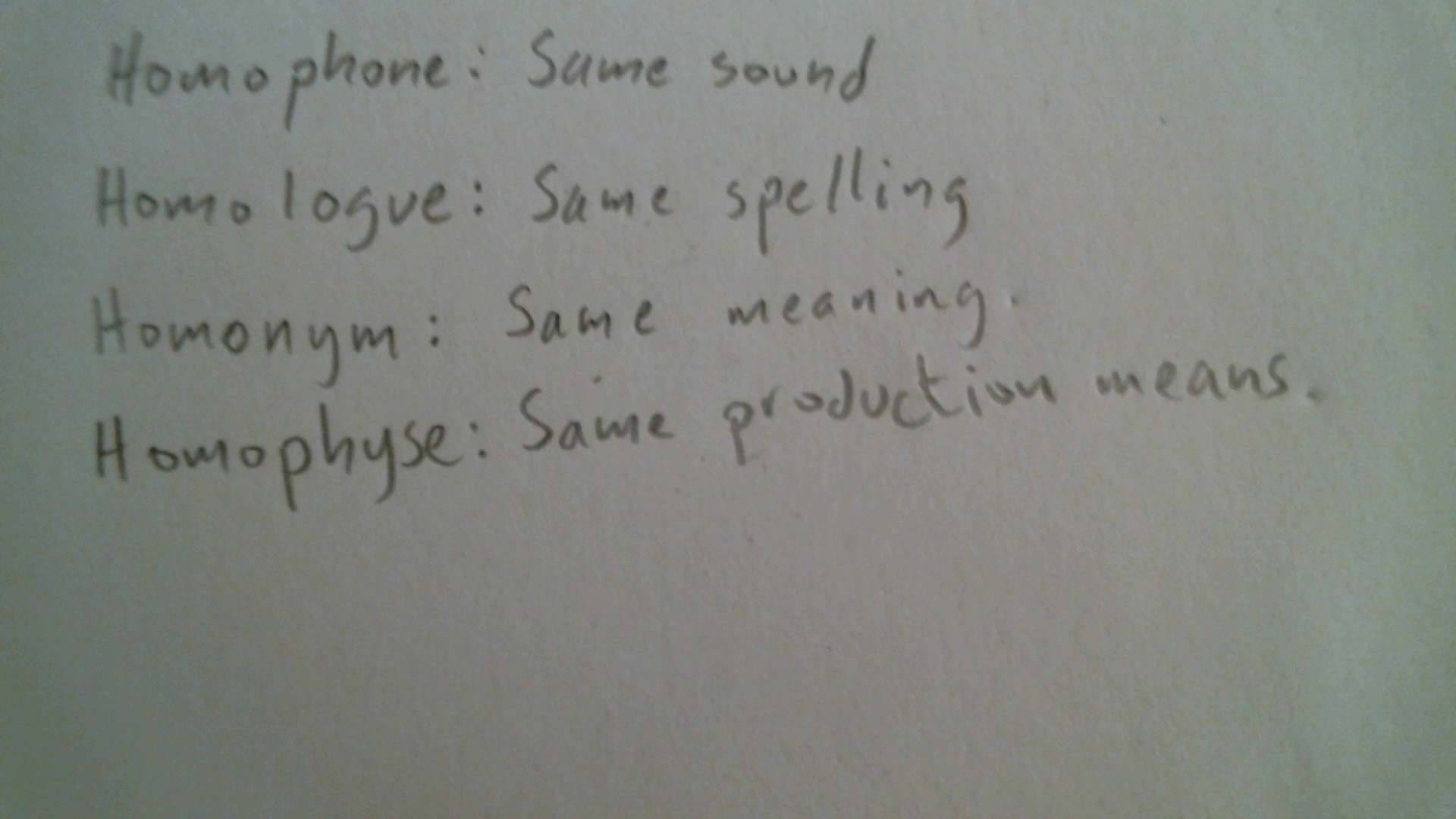 In seeking to be a good communicator of modern language, there are four primary areas in which a listener, speaker, writer, and thinker might encounter trouble.

If the speech produces a sound identical to a sound that the listener has heard before, it is known as a [homophone]. Two identical sounds are difficult to differentiate between. Hence, it becomes necessary to modulate the sound in some way to make it different, or take contextual cues into account.

A person who is speaking things that they have composed, or heard somewhere else before, might run into a different problem. Namely, that the major speech production centers, such as the tongue, teeth, lips, glottis, diaphram, velar ridge, and velum that are used to produce a particular sound for two different words are too close for comfort. This is known as a [homophyse]. If this is the case, it becomes necessary to further vary the vibration (which modulates pitch), activation (which modulates duration), airflow (which modulates volume), placement (which modulates diminutia in sound type), and order (which modulates phoneme distribution) of the speech producing organs so as to make the sounds more unique to the speakers and listeners of these sounds.

A person who is writing things they have heard, or maybe things they intend for themselves or others to say may sometimes find that two words are spelled differently and sound the same, spelled the same and sound different, or that the font used is identical or unique to previously read passages. This is termed a [homologue], if the two spellings are identical, and [dyssymologue], if the two spellings are different. If the font is identical, it is usually known as [spam], [rubber stamping], [typefont], or any number of other technologically classified methodologies. Font that is different can usually be chalked up to [handwriting], [script], [ideosyncracy], or [chalk], for that matter, amongst other terms that you may discover at your own pace. As a result, writers and readers may sometimes have trouble organizing their input to others into something that can be recalled and transmitted with minimal effort. Minimal, however, may be an overstatement, when considering the amount of work necessary to make a viable writing segment, or read one. A writer should construct and maintain, dictionaries and grammars, in excess. A writer should also include mini lessons for the readers within their written word, in such a way that the flow of transmitted information is not interrupted beyond the minimum, when introducing words that are new, or not often used in common parlance, which should also be kept to a minimum. A reader should work hard, stay in school, and work in safe spaces that are fruitful, such that they can file away the leagues of knowledge necessary to become an expert in their chosen fields.

A person who is thinking of things they are themselves saying, hearing, reading, or writing probably has the hardest task of anyone: prioritizing and inclining their intake and output of behaviors, in such a way as to mould a conscious form, from themselves and from their environments of known and unknown surroundings. When a person has two overlapping units of thought regarding an interpretation of speaking, writing, thinking, reading, and hearing, it is known as a [homonym]. The writer of this thesis would like to note an ommission in their knowledge of where to receive training and instruction and advice for such a problem, outside a disorganized network of Frankensteins and Collage Artists who often bear little in common with those who seek help and often suffer from incompatibilities with their fellow creations.

Thanks for your time. As a treat, I have included pictures below of a slightly offensively crude script which I am developing for solving this issue. The next iteration of the script will always show the nasal, labial, dental, velar, lingual, and glottal positions, in minimal linear representation of rest and activation, allowing the script to solidify its usage potential without seeming arcane. It will also include additional phonetic sounds. Once learners have spent enough time with the full form, we can switch to a minimalist binary on/off rest/activation format to save on ink. 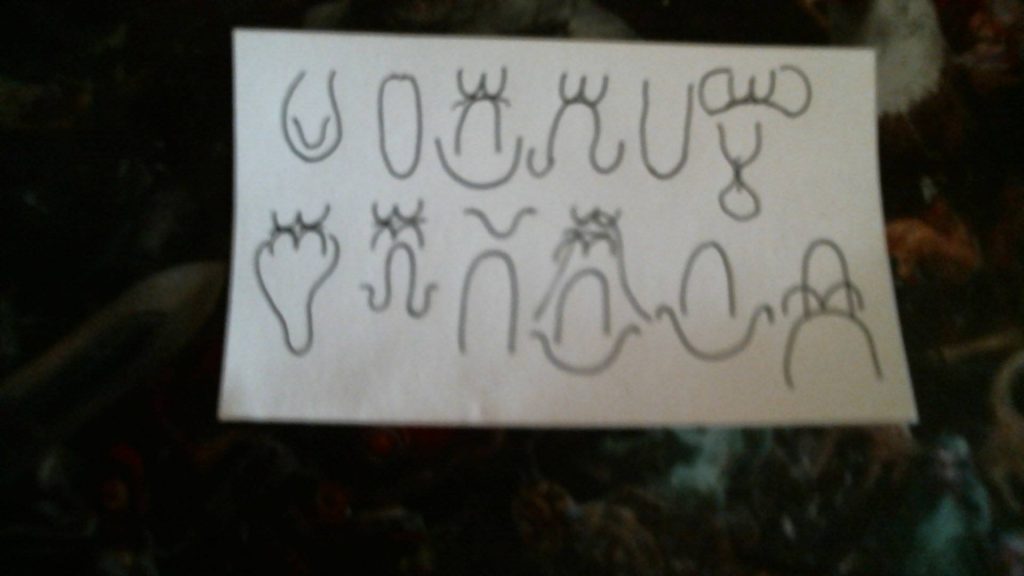 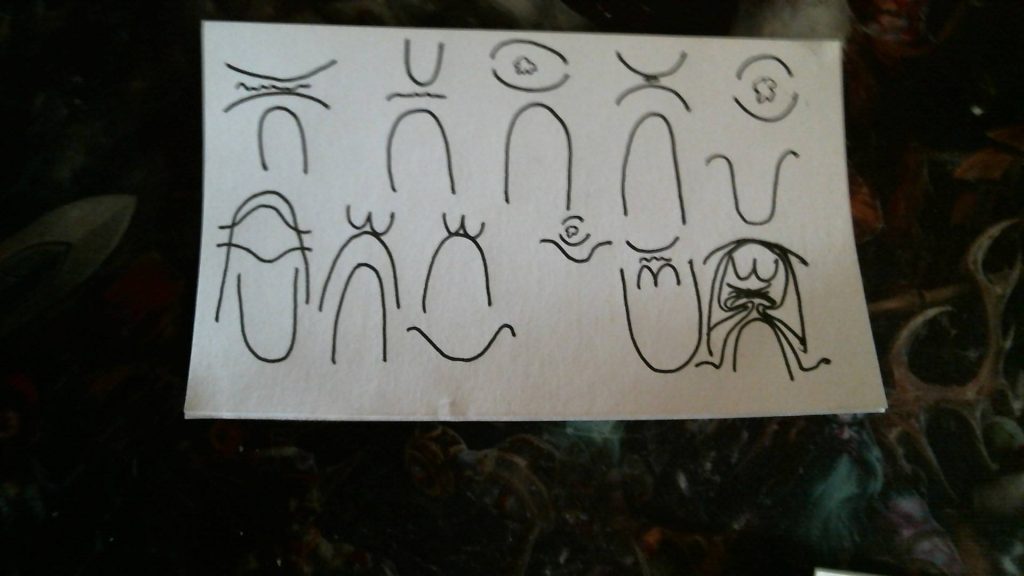 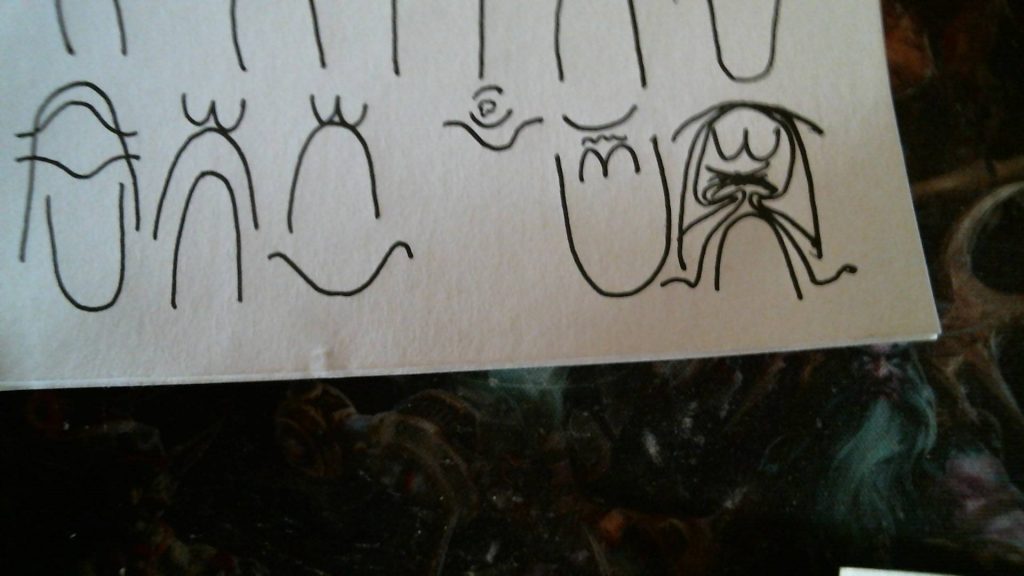 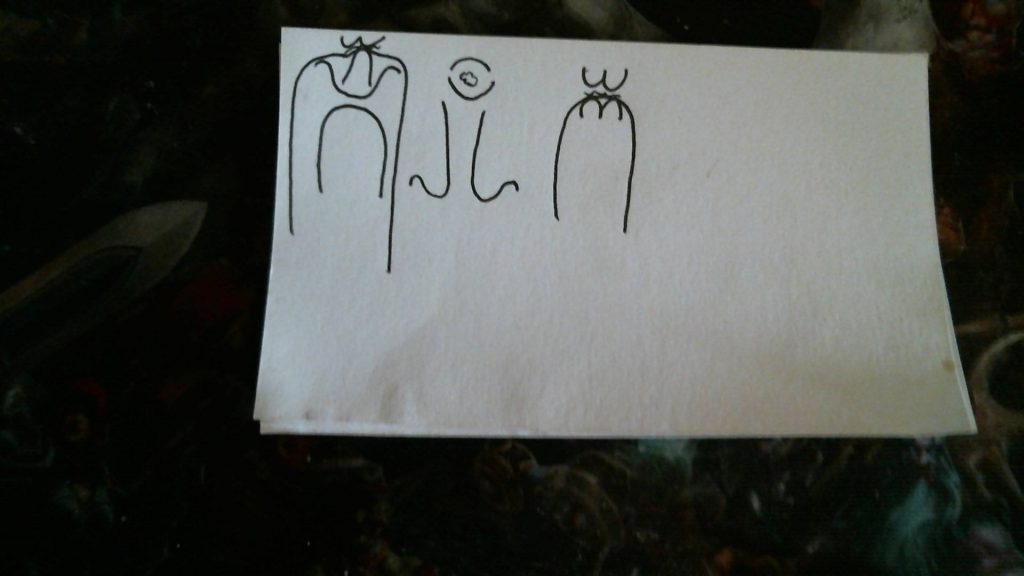 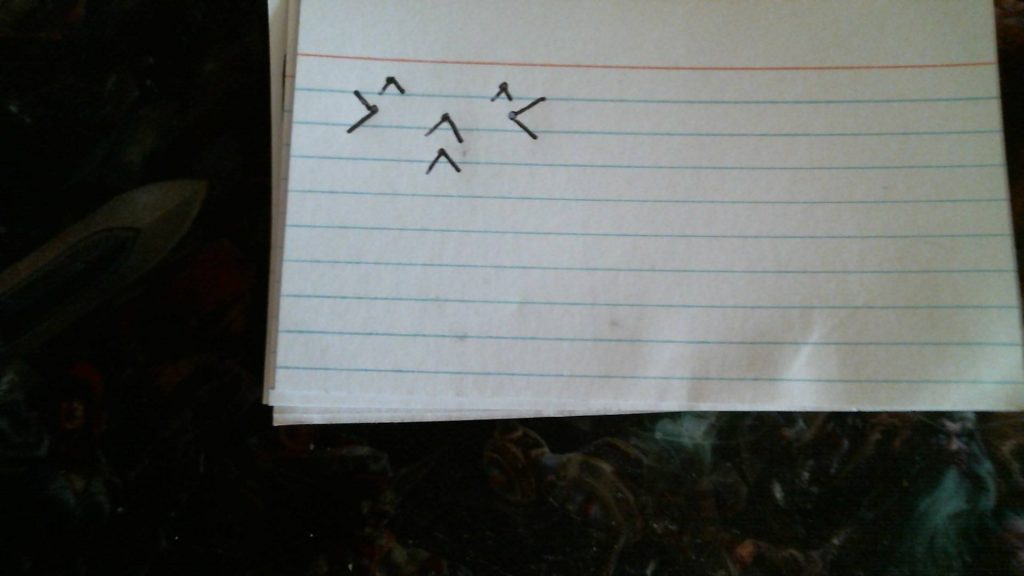 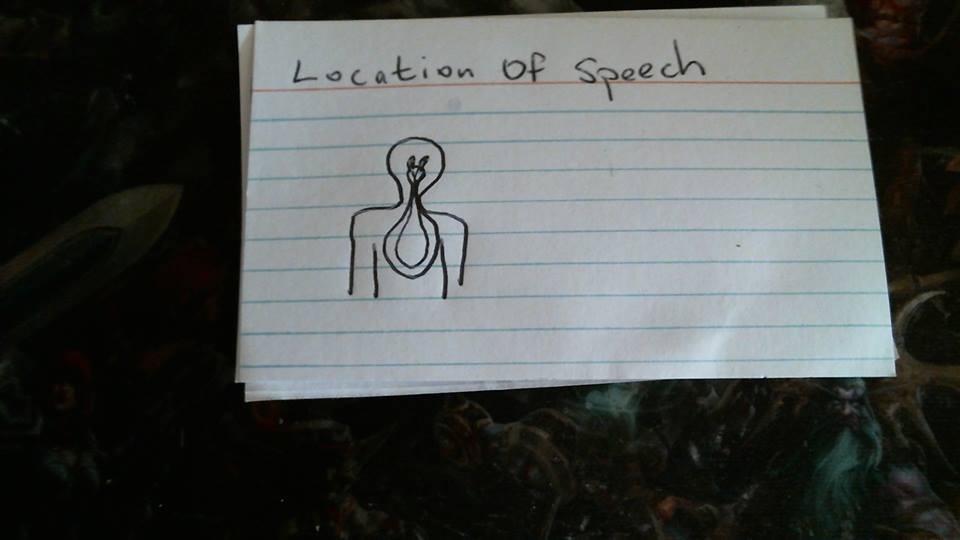