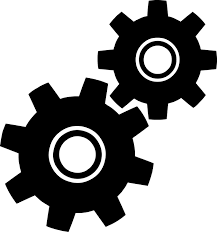 I am pretty sure I am being held responsible for what other people are saying.

Most corporate entities use workers with the same features doing the same activities in the same small environment that gets progressively worse over time, yet these workers have no mental recognizance or discernment or discrimination between clients from one chain store to the next. They *usually* do not remember how nice I was on the last visit or remember things I have said to them in the past. *Usually*, they share extortionary tactics from one chain store to the next, and stay ahead of the waves of fleeing customers, in a capacity of being pioneering civilization settlers, so that it is not possible to flee to a new area and start over without them. [Culture of disbelief and lies. Culture of blame and intimidation. Culture of killing and maiming. Culture of theft and sale. Yadda yadda yadda. Yadda yadda yadda. Yadda yadda yadda.]

There’s a pretty good chance I’m just being beamed lies of what people have said and done so I blame them, just like what’s being done to me, such that we all kill each other.

Theres a pretty good chance that there are many versions of me, in different places, with similar histories (fabricated) and actions (remote controlled) and bodies (fabricated).

If I go far far away, and find my residence again in situ, it is usually surrounded by the same very bad things that belong to my neighbors. If my neighbors leave behind bad things and move out or get slaughtered, I have to deal with the consequences of the bad things without knowing anything about them or about my neighbors who left them behind. If my neighbors bring a very bad thing that kills them AND me AND my other neighbors, and is smart, and moves around on its own, like what somehow happened, it will follow all of us wherever we go (so we shouldn’t go anywhere), and find all of us wherever we live (so we should present no easy access histories). If a friend of mine is reborn, and the city warps in things to accomodate them, and they were in a bad situation, and the things that warped in were bad, and they try to contact me, I will have a bad time.

Instead of recalling bad times, which are most of the times I have on recall, I want to recall good times. Everyone has to agree that the time was good. Most times, when I try to recall a good time, the situation has been reconfigured to be like a bad time.