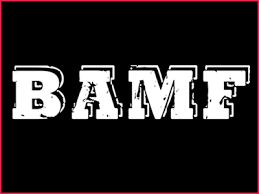 It is possible to study the means of murder, without also acquiring the knowledge of how to apply the means in real life, separating the knowing from the doing. This is the realm of public and private, “Higher Educations,” for most, unless the lesson is passed outside the realm of thought and re-enacted. Re-enactment of violence from things learned in a, “Higher Education,” setting are most often impossible. The weak are most commonly left weak, in this world, instead of being armed with the tool of their salvation.

My dabbling in solipsism during college was far more dangerous than the drinking, and drinking only made solipsims make less sense, generating intense internal anguish over feeling the need to prove something true, despite it being patently false.

At any rate, selling intellectual, “Secrets,” is no more honest or genuine than trading money for sex. Both can result in ultimate good, yet both must be treated on a case by case basis for disingenuity.

Suggested Listening: Rage Against the Machine – The Battle of Los Angeles – Ashes in the Fall