Lack of Rain Observation and Analysis 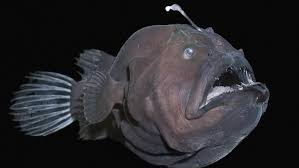 The world gets smaller and blacker as time passes.
Wet dirt is not like wet sand is not like wet rock is not like wet dirt.
Lots of people don’t want rain because of Jewflood rumors. I don’t want rain as a result of juice rumors.Every day ends in dark abyss, worse than the worst place I have ever seen before. Up people take all the good and drop all the bad. The older a thing is, the more it rides downhill. Skim of milk of dead crust on a slope to doom. Hardening needed. Cooking taught us all we need to know to save us all. We don’t know the whole plan. The sacrifices are… unsettling. I have lobbied solutions and they have been ignored, and lost to ill will. Down people live in mostly caca, and anyone who is better than a caca dies A Lot, over and over again, to fancy feasting, and are compelled to fancy feast in exchange, ruining the inner world. Sub-abyssal places are, um… unnaturally angressive, competitive, know-it-all, and greedy. You will be the fool to the scam every time. You will lose the fight every time. The only fix is to stop the scam, stop the fight, and invite up to outnumber down. Worm worm worm worm worm worm worm. Bird bird bird bird bird bird bird. Early early early early early. Get get get get get get get. The monsters in the middle of the cosmic strata downwards (and aroundwards) journey are not anyones friend. They are very forgiving when a mean-smart caca-face dies, and know not a shred of pleasure for their pains. This is because the upper middle class doesn’t let the falling angels EVER hit the ground until they are the worst that has ever lived. “Upwelling is an upper middle class myth.” It is your next token in the arcade machine of life that is making it good, not the generosity of your uppers. The pleas of the abyssal dys are squashed into the smallest possible layer level of the existence of reality, and countermanded, by an everlasting