Keep it in Your LANs 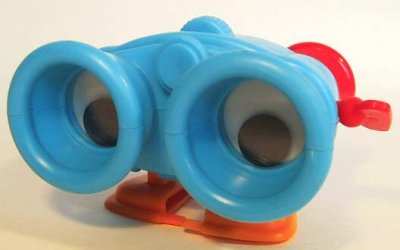 While Wide Area Networks are convenient for research in statistics, most businesses shouldn’t store or transfer user data online. Local Area Networks make more sense for the vast majority, as it helps groups with need for privacy avoid security holes.

I hear about articles decrying “cyber spying” all the time, but the article writers rarely interview people whose lives were impacted by spying, firsthand. Most of us, as facebook users, twitterati, or bloggers, expect to be spied on, to a certain extent, but the results of online exposure of personal information can be deadly if the wrong people get their hands on the data.

They also only ever get riled up about read access, but many hackers gain write access to computer systems, which can be even more dangerous to the world than “simple” leaks. With write access, not only can records be falsified, but hardware can be controlled and even manipulated or destroyed. With the much-vaunted “internet of all things” in full swing, a movement whereby the majority of technology is online-enabled and networked, it’s a more dangerous time to be alive than it was 20 years ago in the infancy of the internet.

Kudos to the general media for keeping the tone of internet communication and dissemination to a level that can be comprehended by people with room-temperature IQs. It’s galling to have to sift through so much mundane and mindless dreck, but if it prevents the next hacking from taking place, due to loss of interest in technology, then maybe it’s worth it in the end. SOMEone has to learn this stuff, though, for cybersecurity and the advancement of science, media, and industry; we’re just getting global braking of internet schema (cloud storage, internet-only activations, technologically limited devices) instead of targeted fixing. In essence, this is why we can’t have nice things.

**********
Update: The Pudding Proof
As of 05/15/2015 this has been proved. I set my LAN wifi password to “password”, then changed the Wifi SSID to “Password is password.” Even though I left all of the vaunted security algorithms on, what happened? $5000 in hardware damages, that’s what! Neither of my desktop computers will boot any more within a week. The hacking is algorithmically fast (Sorry Muhammad ibn Musa al Khawarizmi, your name has been taken in vain) and destructive. Life sucks. Everything is dangerous. This is why we can’t have nice things.

Next: I Do Declare! Constantly… »
« Previous: Judge, Jury, and Executioner