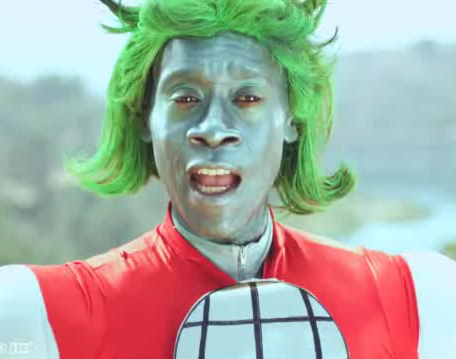 Sadly, some companies have redefined green power as power that results in money surpluses, and broadened the scope of relevant technologies to include power that is not renewable or environmentally friendly.

If you don’t believe me, just take a moment and think about the carbon offsets market, where corporations trade on merely the promise of reducing their emissions. Based on their ability to be slightly less rapey when it comes to their interactions with mother earth, they may be the recipients of future government funding, and treat environmental decreases as capital.

The thresholds for getting money are so high, though, that pretty much any maniacal polluter can rake in big bucks, just for slightly modifying their behavior. It rewards people who are already doing heavy damage to the ecology.

This carbon offset system got some press coverage before it officially began, and it was almost universally negative commentary, but once the program was implemented, despite having been outed as a “bad idea”, everyone stopped talking about it. More journalists need to do follow-up news articles when covering public interest pieces. They need to keep tabs on the criminal elements in society that ruin it for everyone else. Sometimes, it seems like the articles are just slanted to convince people that they shouldn’t be behaving like the Big Brother style overlords who make the world turn. If people don’t follow suit, though, the megacorporations that control everything will have gained too much ground to fall to competition.
Maybe news media outlets need to stop playing, “God’s advocate.” Maybe they need to start speaking truth to power, and rationally align their viewpoints to how the world really works.
Go ahead, Mr. and Mrs. Reporter: Encourage people to be despicable, criminal, and greedy, just like the corporations. After all, it is far less morally reprehensible and hypocritical to tell people to be naughty, since news outlets get most of their funding and financing from the organizations they pretend to monitor. At least everyone would be on the same page under those circumstances.
Next: Verdict: Crazy »
« Previous: Y Hello Thar