In Need of New Hobby 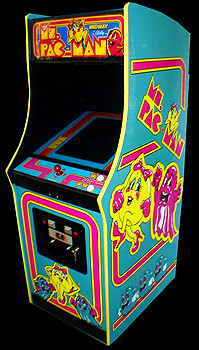 Microsoft claims to have lost their way in the PC software and gaming realm, which is their inception and their strong suit. I posit: They haven’t lost their way. Stifling PC development and subverting everything to DLC (monetized downloadable content), Clouds (remote storage of data), and Subscriptions (intellectual property rights withholding) IS their way. The market failing is a consumer reaction to avant garde business practice.

It’s all being done to push people onto inferior, privacy-poor consoles that diffract the market, making people own two devices that do the same thing. It’s a “killer” marketing and business strategy, but it’s bad for the computer.

I miss the days of floppy disks loaded on one of maybe five computing devices on the market, that bore minimal diffrences, when I could run a $5 software package on my home computer that lasted me weeks of enjoyment, with no worries of internet enabled features, multi-player failures, patches, subscriptions, microtransactions, pig-in-the-middle filesharing, or incompatibilities to ruin my experience.

Computer gaming used to be so laid back and educational. Now the status quo is hyper restricted, expensive, violent games. X Box needs to look to Nintendo on guidance on how to bring simplicity and joy back into gaming, so games don’t feel like a job or a chore.

Nintendo needs to look to the music industry to slow down the rate of re-releases and standards-shifts that make people have to re-buy the same bits over and over again on new platforms, which is how THEY rip off the consumer.

We now have an OS company, Microsoft, with a console, a hardware company, Nvidia, with a console, and a software company, Valve, with a console. Even search provider Google is trying to take over the world with tablets (so…Star Trek), self-driving cars (Apocalypse, please?), and hot-air-balloon servers (World War II lesson plan, if I recall correctly). If they all stayed put in their respective domains and focused on standardization and compatibility of technology instead of intentional market diffraction to hoard more consumer bux, we would all be better off.

The golden age of gaming in the late 1990s and early 2000s is over. I fear gaming is at an end, not becuase of software developer negligence, but because of greed in the publishing industry for consumer money. Our hobby will die very soon, unless Microsoft is serious about a shift back to focusing on value in Personal Computing devices, which are very expensive right now, and don’t provide any worthwhile benefits to the users. The last 10 years have seen a news, music, video, gaming, office-productivity-rich platform called The PC turning into a device that is really only good for free porn. Even the encyclopedic knowledge of the internet is busted now that advertising money has failed to produce relevant search results in all cases.