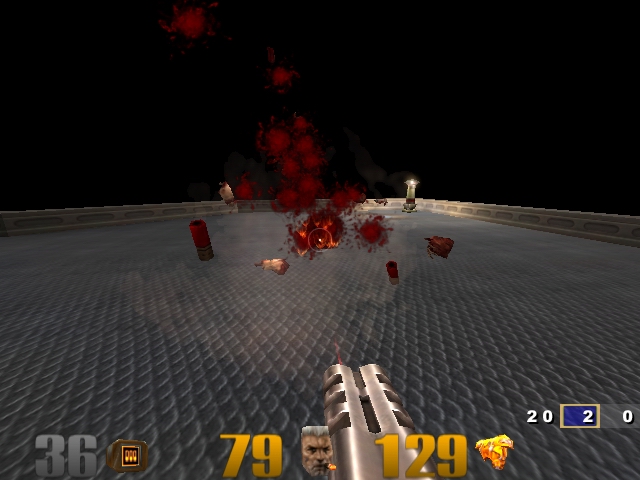 What if recent intimations in society regarding the holographic nature of the universe, and the idea that life is a virtualization are merely outgrowths of the 3D video game industry’s success in mastering the nature of reality into mechanical simile? Could technological industrialism finally have achieved the level of intellectual salience of older philosophical truths? I posit: Games are not art. They are religion.

Even in modern physics, our limited observational abilities ascribe a “Planck length of time” to reality, which is not unlike a video game’s “frame per second” refresh rate. In other words, given that the visual maximum perceivable by a person’s sight in a daily undertaking is not unlike a flipbook, this Planck length approximates a minimum page quickness with which the universe can be seen to update at, or the dint of any pattern-captured physical force permiss at.

Audioslave – Out of Exile – Heaven’s Dead

That one short story someone put out a few years ago about tachyon computers linked in series so as to provide a string of simulated universes that has been pulled from the web, appparently.