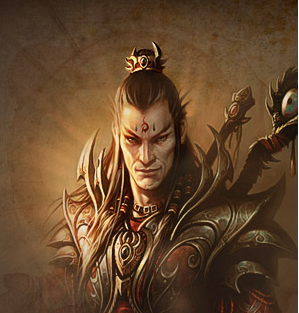 After I found that KKK-looking helm, called Crown of the Primus, with all runes unlocked for the wizard’s slow time ability, and transmuted it to look more acceptable (Immortal King helm rules), I was using slow time for the excellent utilities, casting black hole to gather up enemies, then powering them down with disintegrate. I would only be able to take of 5-10% of enemy health with a single arcane power bulb on torment II difficulty in the randomly-generated nephalem rift dungeons, but I was offering a utility build that helped allies in rifts deal additional damage and control crowds.

I suddenly realized I had two items that buff fire damage over 30%, and so I’ve switched to a “firemage” build, as you can see from the link above (build subject to change) and can take about 60% damage off with a single Arcane power bulb using mammoth hydra, explosive blast, and a differently-runed disintegrate spell. I’m still using slow time for the multiplicative utilities offered by the helm, instead of something fire related. With all that percentage increase in raw damage, the 1 percent buff to fire damage provided by the spectral blades primary attack seems dull in comparison.

Are the mouse-activated primary and secondary abilities weak on purpose to encourage players’ use of their left hands and improve ambidextrosity? I would prefer the mouse skills to be stronger for all characters, in general. I hate it when it feels like my strategies resulting from positioning and focusing attacks and maneuvering amount to nothing because the attacks do little to no damage against enemies. The haxxor allies and bots I am unfortunately paired with still one-shot everything in sight. One of these days, I will be able to spank The Butcher on max-difficulty single-handedly.

The only three pieces of armor I really need to complete the build are better bracers that still have +fire damage, boots with movement speed buff, and a chestpiece that isn’t utter garbage like what I have now. I shouldn’t have traded that Blackthorne’s armor I found for two random scrub legendaries tossed my way by a nublet wizard. Who cares. It won’t matter when I’m still playing this game ten years from now, and I performed a heroic deed.

Amidst all this dreary griping, there is a ray of light. I was somewhat embarrassed to find that I didn’t know you could buy additional inventory tabs for a nominal fee. I should now waste much less time trying to fit all my mad lewt in the stash. I was having trouble keeping all my good off-character rare and legendary items in order, but now that should be much easier.

Rate this post
Next: I Believe You Can Get Me Through The Night »
« Previous: The Nuclear Option