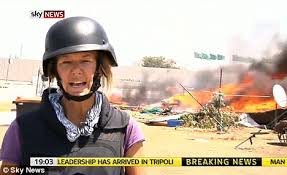 The news on Twitter: “The UN has warned that the violence in Gaza could escalate into a “full-scale war” after Israel carried out heavy airstrikes on Gaza and Palestinian militants fired hundreds of rockets into Israel. Since Monday, at least 53 Palestinians — including 14 children — have been killed, say Palestinian officials, and at least six Israelis were also killed in the current standoff.”

As an expert, my revision on WordPress: The USA has warned that violence in NorthWest Austin could escalate into a full scale civil war, after domestic terrorists carried out heavy nano-air-assaults on Camp maybry, and anti-Cultural militants fired hundreds of tactical nukes into the area. Since monday, at least 53 homes, carrying at least 14 sextillion in assests, have been destroyed, say guesstimators, and at least 6 new foreign terrorists were spotted on the ground in the current standoff.

Next: My Read On The “Pandemic” »
« Previous: Idle Thought: