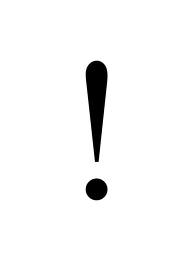 I have recently been exploring line drawings of discrete factorial layered networks with limitless applications, and some exciting corollaries. The basic concept involves drawing vertices on a piece of paper and connecting them with line segments in such a way that a layered set of rings is created with more vertices on the outer rings and fewer vertices on the inner rings. The algorithm examined in the photographs visible below evolves from one ring to the next on an order(n!) linearly *multiplicative* rate, achieving large numbers of vertices on the outer layer very quickly. A diagram which was drawn using powers, that is to say, order(n^x), would have even more vertices. In fact, the increase is vertices is completely arbitrary, so all that matters is that you don’t run out of paper if you try it for yourself, okay? As a board game:

You can call the game either fractious, or frictious, and make it about either sex or fighting or social groupings or bidding or strategy, or some other standard of your choosing. The number of freedoms, or liberties, of any given piece on layer n equals 6 + n!. There is an increasingly branching board structure instead of a linear, intersecting 1×1 grid, since the 1×1 summated squares structure we find used in chess, checkers, and go does not make a pattern complex enough to provide flexibility of placement. The board for this game can be built with a slight convex (fractious) or concave (frictious), depending on your liberties and how much time you have to clean up after. It has 1 center node with 6 connections, and every branch splits into one additional branch on each ring level.

In terms of strategy, you play by placing pieces on the vertices and trying to capture other pieces by surrounding them. The farther from center your pieces are placed, the harder it is to capture them. The center is tie territory, and you can look at the outer layers and inner layers as having pieces that are superior or inferior to your configuration. Intuition says, to win, you just start at the edge and work your pieces in for defensive play and place your pieces on a less outer layer only when capping or aggressing. Reverse game theory says chaos is the only way to win and you should go for whatever your gut tells you. I thought about implementing attack and defense bonuses for holding clusters closer in to the center, but that would make it a game of luck and not strategy, possibly disappointing the serious gamers out there who prefer to keep luck to a minimum. You can cap your own pieces if they’re packed in a cluster (claustrophobia/isolation), under the condition that a set of one or more of your pieces gets surrounded and has all of its liberties removed. Take an example situation with 3 players, and it will reveal the strategy of capping a piece whereby Player 1 does not want to limit the liberties of a piece and lead to a Player 2 capture in the event that Player 2 already has a majority of the freedoms limited on a Player 3 piece, because Player 2 will get the captured piece. If Player 1 does manage to captire a piece with Player 2 partial and sub majority coverage on it, Player 3 only has a harder time dealing with a station of enemy Player 1 pieces, and little useful Player 2 support, in a small scale formation. It is typically preferable to support weak Non Player Character formations when they are in combat with an opponent that outmatches both, until the bully can be minimized, and the remaining two players wipe each other out, historically, because organized structures of violence are a threat, and hollow promises of allied behavior only lead to betrayal in a winner-takes-all game setup.

Who has a bikini? Sorry, the presence of Old School on the shelf just brought up an interesting possibility. Don’t mind the interjection, please.

That’s because whoever goes last…gets to call the wrestling match (!!!) that is used to break ties between players who are competing over who gets to capture a contested set where more than one player stands to win a piece after its liberties have been removed. It can also be done with bidding or rolling dice, if you’re not interested in sexually transmitted dalliances and think I’m a pervert for suggesting it. The game order for player turns is turn-based circular, and who gives a crap if you pick clockwise or counter. Play doesn’t necessarily start in the middle either, although you can add a starting zone if you find the early game stressfull. 6 players recommended. CO ED play recommended. Ages 12 and up. Game length currently unknown. Buy insurance. One more thing to count on: Player with the least left on the board wins.

As a business ethic:

We may approximate the connections between people who work in an office as nodes on the diagram, as it has a similar distribution to many businesses, with the CEO found at the center, surrounded by a few close, trusted advisors and colleagues, and a front-line minimum wage employee near the outside. As we find that insulated individuals are less concerned with social interactions with their peers, bosses, and subordinates, it would be advisable to financially compensate an employee more if it is found that they are connected to more nodes within the business structure.

As a relationship aide:

When’s the last time you had a fun party with only four people? Or less than n=5? As social creatures, we often find ourselves limited by interactions between small groups of people.

The mathematical form described above can also potentially be used to approximate relationships between people, for example a man who’s trying to juggle several wives. Four women married to one man is mathematically criminal, since ((1 Man + 3 Women (1 overlap)) && (2nd Man + Same 3 Women (Same 1 overlap)) + “Comutually least favoured 3rd’s” friends) works better, and is, yet, possibly unideal given branching structures of the theoretical layouts. All that really matters is that the least favored in a layer above a previous layer is allowed the incentive to bring in new members to reduce stigma and incite novelty in their personal life, given their need for social acceptance and interaction.  In a more conservative setting, the favored’s exclusive friends are introduced. It also helps that there is more than one man in the proposed scheme.

As a marching band show:

As a city plot:

The spokes in the diagram are variable by number and length. The center holds farms and controlling institutions, the middle holds lakes and commercial zones, and the exterior holds residential areas and parks. Mining and industry take place elsewhere. Larger free-hand diagram made with pastel and watercolor.

Next: Retro-Change-O »
« Previous: Time Waits for Just About Anyone