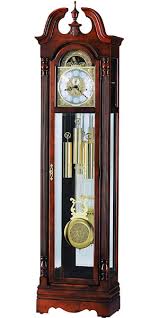 mail.google.com has a vicious lag in loading my inbox. mail.microsoft.com is sending me spam messages from my own email address. Both are umbrellas-sites, bordering on the criminal in utility. Does the mail.* domain now own google and microsoft? Does the support.* domain now own sony and toshiba? Does the secure.* domain now own newegg and ebay? Does it make sense for all calls to any of these institutions to go to the same number or all web access to go to the same site?This is a net loss for web development and IT innovation. Everyone has to conform to the same low standard of service.
I’m sure it could just be swapped around with regular expressions, like url concatenators do, but it’s a transition that is taking a lot of consolidation to implement and a lot of wasted time and broken links to relearn and recode and reimplement. It also doesn’t respect the truth in hardware with accurate representation in software.

I hope the TIME server controlling the clocks on all computing devices wasn’t UMBRELLA-SITED.

I’m just imagining the time server worker who thought they could avoid the discontinued support for Windows XP in April 2014 by setting the clock back on their time server a year. It could really destabilize a lot of industries if it wasn’t highly targeted to just windows XP computers and their trade partners. Can you even file taxes for the 2015 term, if your computer and society keeps 2014 going for three non-relativistic years? How does this affect the welfare and other industries that can be  tied to either weekly, monthly, or yearly payouts, if someone keeps setting their clocks back, hoping Microsoft will grant them pity service? I can guarantee you from personal experience that someone HAS messed with a globally-sensitive clock for dubious and personal reasons. All interactions with most companies have been farmed out to a single corporations with no vested interest in  customer retention, bad attitudes, and scam-like collection of data.

People keep time and measurements very differently depending on where they are from. It could be ruinous.
It would catch a lot of…DISCREPANCIES (read: cheaters), if you could get autocratic with time measurements, but more fail would exist than you could imagine during a transition. Especially if the operating entity is giving themselves, “Time to think.” It’s not easy being democratic when it comes to time, especially if all people, with all temporal needs and wants, are to be considered.
Suggested Listening: The Beatles – Past Masters – We Can Work It Out
I HOPE THE SURGERY SERVER WASN’T UMBRELLA-SITED. SOME PEOPLE SHARE SOULS, HERE!
While you’re at it, renormalize the music tempo. All of it – To one beat quanta and above, based on the fastest player playing the fastest melody at the highest subdivision of a single predetermined noise; Call it the first note of a particular recording of Canon In D, for all I care, and see who can play the most notes of the main melody within a given timeframe, then call the first note of that melody the new minimum note to be subdivided (or, better yet, minimized to the shortest it can go), once it is tapped out to the full melody in that fast speed. Just make it sustainable. Without me. Maybe then, music will come with explicit speed warnings that you can get past by continuing to subdivide at the new speed within the greater framework containable using variable subdivision(s), so as not to drop beats outside the main tempo of beat quanta. With MIDI wavetable/synth, you could merely adjust the tempo, but since you’re not working with living performers would have to master their accelerandos and retardandes, and those melodies and background aren’t combined with a director’s beat, you need to settle on a minimum quanta of music tempo and stick with it. Maybe even between songs on an album. If you were serious about your work, you would make it universal across musical compositions.
Just listen to Mastadon. There is chaos incarnate in the changes BETWEEN places, but not within the places, as though each newly introduced riff were its own song, self-sufficient, and subdivided.
If it’s hard for you to listen to in order to get the right idea of the difficulty of mechanically synchronizing time, Dragonforce is really good at upping the speed and changing the melodies without cycling cords, time signatures, or styles too much.
For jazz fans, Bill Watrous does this with a trombone, which is phenomenally hard.
As for Descendants of Erdrick? They’re just off-tempo enough to let you know it’s live, and a cover of mechanized brilliance that came from a variety of compositional sources. Playing all those songs in their original forms is a true act of veneration.
To get back to the point, after practicing normalization of the tempos on music, it should be trivial to do the same thing with processor cycles on computers. Then to do it with timepieces.
Most musicians are comfortable with the fact that people are just binary objects: Their most common imperative is “You’re flat!” or, “You’re sharp!” “You’re slow!” or “You’re fast!” Not everything breaks down into twos like that, though. Most computers don’t run on 1s and 0s any more.
Next: Current Events: Modern Computing Travails »
« Previous: Current Events: Blue Sky