Bringing it All Together 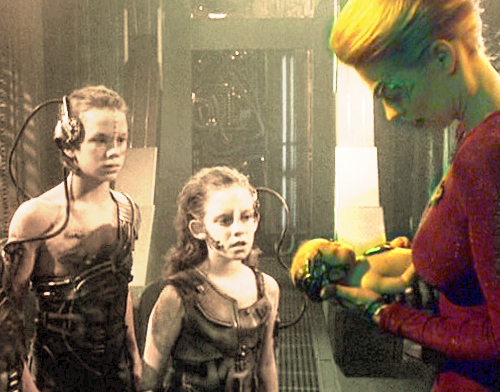 Game is realistic as opposed to cartoony.

The focus is on story and plot. All enemies are explained as a part of the story. No trash mobs, fetch quests, grinding, or item hunts.

Every time the character gets killed or dies, they maintain the damage taken and loss of items, and get sucked a few minutes back in time to play the last little part over, like Braid, or Prince of Persia: Sands of Time. The items they lose from not having lived through the increment don’t exist any more if they live their way back up to the point where they were taken, as it is a new timeline. After taking a certain amount of damage, it’s death, your Time – X rebirth, and your Time – X+X replay, up until the point you face what killed you again. Only living parts of the environment are updated when chages take place related to their growth and destruction. Manmade items do not get saved. Sometimes, if an item belongs to a motive element like a living person or vehicle, it can change placement of acquisition the second time around.

If the character gets killed over and over, or kills themself over and over, they slowly regress to the past, even to a point before their birth, when they can make it so they were never born. If they become Neverborn, their life slowly burns at both ends like a double wick candle.

At one point in the game, the bad guy captures the hero and holds them in a cell for years without damage, then uses the main character’s weakess agaist them by torturing them over and over back to the moment they were captured, then allowing them to suffer through the imprisonmet all over again, until the hero gains enough experience and knowledge of the prison to escape, by working with one of the only living elements in the cell: The bacteria and viruses. In the time it takes the main character to escape, the bad guy amasses an army and makes your character Neverborn by assigning a trooper to kill you and sacrifice himself to make sure he does it to a point before you were born (he gets away with it because he’s much older than the main character). If you don’t like the idea of the suicidal ghost killer, maybe you like the idea of a tempero-trans-genic plague from the cell better.

After being presented with your new damnation, you have travel to a new area after this, and have to race against a slowly decaying lifeline destruction, where you are weakening from the root of your childhood and trying to improve at the leaftips of your life, all at once. You begin to lose memories and experience and health, and it progresses to where you forget the people you met in the beginning of the game. They don’t remember you, either. All of this personal loss doesn’t last long, though. The main character saves themself at the last minute from total soul degradation, by implementing a “buffer delay” in the algorithms of the phoenix supercomputer, and in doing so, ensures that they will have undertaken the journey to begin with before they get wiped to a previous moment in time.

There is a threat to the world environmment in the form of a computer worm that is going to capture the entirety of the societies industry, infrastructure, and technology, and use it to bring about the end of the world. There is a time machine that makes the world run, by examining the past with helpful bots and then restoring peoples lives (“Spawning” and “Mindloading”) but it is broken and needs to be fixed. A game-wide spynet makes sure this is possible, and also handles security threats to protect the system. You are not aligned with the reloading machine, but have to learn about them and fix them, because they are ancient, poorly understood, and exist all the way into the distant future. They aid you at first, but see you as a threat when a crime is blamed on you by one of your spawn clones commiting an atrocity and your line getting flagged for destruction, because of the evil worm’s racism (it’s hardware from an international war).

The player has to learn skills as they die and lose resources and technology regresses around them, making it seem to be gods to the barbarians in the middle of the game, which is the beginning of industrialization. The player must take part in industrialization to transmit their memories into the hardware they will need when replaying in the environment.

The goal of the game is to fix the time machine posted up at the end of the universe to prevent it from respawning people BEFORE the point where they died (A result of the computer worm/viruses attack), and prevent people from becoming neverborn. The player wins by fixing the machine, allowing people to be restored to the very moment of their death, not unlike Chrono Trigger’s Time Egg mechanic. You do this by taking a role in the creation of the Informational Retrograde Time Travel Communication biomachine in the past, to learn about it and help build it when it was being created. When you link it to the Clone Creation Mentation Insertion machine, it grants the ability to survive being Neverborn. Unlike other elements of the environment, it has an ability to exist between deaths without being moved around and misplaced by other people living lives in the space between your death, your Time-X rebirth, and your Time-X+X replay, because it is assumed to have been powerful, durable, and secure enough to always exist since it’s creation.

UPDATE: 04/04/2016
I own stock in Blizzard and pre-ordered a copy of this game a couple of months ago. I love the rewind ability on cutie patooti Faye-Valentine-Wannabe YellowJacket, Tracer. I wonder if my job application to their company and this blog had anything to do with the Rewind mechanic, or if it was something pulled from Braid. I’ve been living in non-unidirectional time eigenspace for a pretty long time now, and don’t want to take credit for this, it just seems to be a reoccuring theme in media, even what I write. Prime example of zeitgeist.

Next: Mirror, Mirror on the Wall… »
« Previous: Dual Classing Scientist