All Glory to the Hypnotoad 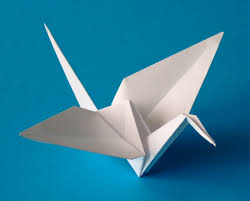 It’s easy to divide a symmetric piece of paper such that the divided sections are equal in area if you draw a line down the exact middle, then draw another line down the exact middle again. That’s called a microcosm, because if you only divide the rightmost piece again and again, you will know everything there is to know about AREA of the leftmost piece, when it is divided. What considerations do you think you would need to make if the number of columns in the paper was even? If the number of columns in the paper was odd? Believe it or not, there are prime factors of folding to be taken into account. If you have done this before and constructed a ruler, you can use it to fold along differently graded microcosms by choosing prime factorizations of the length of the paper, rather than arbitrarily dividing it by two. The order in which you factor out column collections matters when comparing the microcosmed piece with the other portion. Power-of-two-numbered columns always divide the same way, though.

You can get better at making microcosms, and thereby seeing them, if you do the same thing twice. If you get worse at it, that’s life denying you your practice for the benefit of nobody because some evil motherfucker in a palace has already taken it away from us by doing something cruel with it, and placing limitations upon our ability to work constructively with it. For example, you can’t fold a piece of paper past 7 times.
Suggested Listening: Red Hot Chili Peppers – Californication (1999) – Parallel Universe
Next: SI Units Are Not Your Friends Any More »
« Previous: Anti-Contrarian