A Friendly Letter from Your Neighborhood Blizzard Wizard 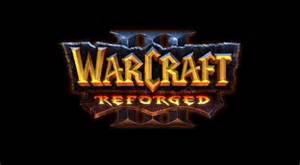 Warcraft is the reason I’m so in love with the RTS genre. I’m so happy to hear there is going to be a remaster, and I hope everything goes smoothly over at Blizzard H.Q. in bringing this delicious new product to the ravenous hordes who are allied in their undying love for naturally fun gameplay.

This bodes well for a Warcraft IV, yes? It fits Blizzards pattern of hyping up old properties in conjunction of releases of new programs and technologies, like the Tracer Overwatch/Heroes of the Storm Crossover, or the Starcraft: Remastered/ Starcraft II: Co-Op Commander double whammy. If not for World of Warcraft, we would certainly be playing Warcraft VII by now.

I don’t mind World of Warcraft taking the wind out of my RTS sails because it is such a good game and such a legendary franchise.

Maybe a Diablo RTS would settle my hankering for strategy. It would need [Heroes of the Storm/Warcraft III/Starcraft II Co-Op Mode] hero unit control, and even greater army sizes and racial variety of any of the above. RIght now, I’m imagining angels, demons, and nephalem building bases and towns and outposts and armies of class-based units, all upgradable and stackable with inventory items. The map would maybe be zoomed out like Bullfrog’s Dungeon Keeper map, or maybe [Heroes of Might and Magic/Lords of the Realm/Age of Mythology]. The role of punching bag would be given to beast critters, which would roam around the map until defeated by characters in the players’ armies for early match XP, items, and crafting resources.

When it comes down to it, though, I’m REALLY looking forward to the multiplayer mode in Warcraft III: Reforged, as Warcraft III is without a doubt in my mind my favorite RTS of all time. I’m also hoping for a physical “Special edition,” in a nice box with goodies inside, myself. This is an epic undertaking. Seeing how underwhelming the SC remaster was, with SC2 already out doesn’t bode well for WC3: Reforged though. I’m still gonna buy the hell out of it and play until my losses make me shy in terror from loading another game.

*Warcraft III Alliance dumped the catapult, and lost the chess style coolness of the original Warcraft RTS, in exchange for an assymetrical, perfectly mathematical, and class-ey balanced win, in terms of unit design and team strategy. By far the most tricks in the warchest, out of all the races. You will never know what to expect from an alliance player, but chances are, they will whip you with it.

*Horde units synergize and mesh and fill roles far more faithfully than other teams, in Warcraft III. Each unit fits perfectly within the bigger whole, and makes the most of positioning and micromanagement of skills and roles and talents as related to the warchief’s army. Playing as The Horde is very satisfying and usually fills a player with pride when they win.

*The undead in Warcraft III: The Frozen Throne, are hectically fun to play. Undead commanders are always on the run from the next big counterattack, and scheming and conniving to eke out whatever gains they can, as most of their content past crypt fiends feel half baked and partially implemented (statues don’t do much, gargoyle stone form leaves gargoyles as sitting ducks, necromancers reliant on corpses [usually from their own ranks], no way to town portal to expansions without building a nexus, which defeats the purpose of haunting mines without a base present). Compared to the wonders that you might see from the designs of the other races, undead always got the sharp end of the blade to hold on to. That’s probably for the best, as most players who sided with the baddies don’t want to be responsible for giving their opponents nightmares. In practice, over long periods of play, nerf after nerf left me hanging onto my saddle and wondering if I should throw more matches to the other side in order to gain the pity of Big Blue. Let’s see how the tides of war sway in the remaster, and find out if the math can be reformulated into making this race selection a winning strategy. I will probably only buy it if they fix all the broken undead mechanics like statues doing nothing and gargoyles taking extra damage and dealing nil, and towers doing little damage. Undead is the bad guy, I get it, but they really stack the deck in favor of the Alliance and Horde. All races are a pain to play against as UD, because acolytes are open and exposed, whereas alliance has militia, horde has burrows, and NE has wisps hiding INSIDE the mine. Acolytes are ALWAYS rushed by a hero, out of sequence, because the opponent of UD player always knows they can scam out some early xp and throw of the UD player’s build if they rush with a hero. It’s really underwhelming to try winning as undead, and I think one of the reasons their endgame units are so weak is that most games never reach that far unless the undead player is really good. A good fix would be to start the player out with 2 ghouls, and reduce the build time of crypts. This would maybe allow the undead player to hold of 1 out of the three early game hero rushes they grow to expect from EVERY battle.net game over long periods of play. P.S. I scout, monitor the minimap, adjust build orders, micromanage units, hotkey control groups, use keyboard shortcuts, keep my spending equasive to my income, and I don’t get supply capped, so it’s something wrong with the game balance, not my playstyle. There are always problems with opponents in bnet games getting precedence on the stack and knowing what I’m about to do, too, so I get stormbolted by a mountain king, or get focus fired down, the very second I call up a heal to a crypt fiend from my deathknight, for example.

*The Night Elves of Warcraft III are simply a breath of fresh air in a Pre-Lord of The Rings-Movie design that sheds light for the uneasy into things like druids, stags, moving rocks, and living trees. From the early Warcraft III beta days when everyone just massed huntresses, to the late stage dances of hero harassment and army unit ratios and threat responses, the night elves are no strangers to combat, and have had a huge influence on the modern fantasy genre.

There are three primary build types in most Blizzard RTSes, and I expect Warcraft III: Reforged to follow suit. You can expand to a new base to collect more resources, spending money on a base, You can build an extra barracks to get more units out quickly, or you can build a technology structure to make the units you build different, or pack a greater punch. The outcome is essentially Rock, Paper, Paper, with unit massing almost always winning, but once a player has massed an army and lost it, counter attacks against that player are a good idea, if the location is known and the distance is short enough, and another good response after an early or mid game wipe is realigning the building production method to a more aptly aggressive unit that will win against the opponent’s fielded army and anything they might also throw at you the second time around. By late game, armies should be so large and diverse and synergistic, that most of the thrill in winning and losing falls to what microcontrol commands are given to each control group so that the combat outcome is beneficial; Things like throwing down witch doctor healing wards near the beginning of a battle when the opponent is not focus firing, or clicking on footman defend when playing vs. ranged units like archers or troll headhunters.

On the subject of focus fire damage, I wonder if Warcraft III really works with hit point calculations, or if there is a table for each unit type that shows a permutation of how many hits each type of unit must make to wipe them out, or what combinations of hits from all the different units is needed to wipe them out. Taking heals into consideration makes this problematic to calculate, as well. It might be more accessible to look at the armor and attack ratings in relation to HP, but drawing the number of hits from the variety of units required to eliminate a unit, in relation to attack speeds and ranges and positions is definitely necessary to minimize overkill and keep damage distributed minimally accross opponents. I’m more of an HP bar watcher, myself, and I hate when my units’ attacks don’t move the enemy HP bar down, and when a full HP bar on my unit’s side disappears without a trace in response to an attack from an inferior, lower tech unit like a footman or mass of seemingly-invulnerable caster units. In summary, focus fire is a great strat for eliminating threat and whittling away at enemy armies one by one, but when your army reaches a certain threshold, you should absolutely consider sub-grouping your command groups into strike teams that can reliably eliminate an enemy unit in exactly one round of attacks.

Spitting on an ignorant piece of shit is just going to anger them into fighting you, but 20 or so hard hitting mother fuckers is just about enough to solve everyone’s problem in the blink of an eye. 5,000 to 1 odds is just about overdoing it, and my definitive response to lynch mobs is a lynch mob for every member of the lynch mob, in exact proportion to the size of the original mob for each of the original lynchers, simultaneous and preemptive to their attempt to lynch again and again, never decreasing beyond the maximum size of the original mob, until 5,000 against 1 becomes 5,000 against 5,000^2, which eventually becomes nothing against 5,000^2. How about those odds?

I am, of course, simply a statistician and strategist, and hold no real power in mortal, human combat. I am, in fact, no more than a weakling and nerd, grasping at straws, and hoping for blessings to eliminate obscenely powerful forces in my environment that are bent on the death of all things as they relate to me, in particular. I am the member of no clique or cabal, I am alienated from almost 100% of the fine and friendly, nonviolent peers I have ever cherished, and all this is the sad delusion of a tired and old man who only hopes to see his friends’ faces and hear their voices and share in happy and lighthearted stories before he inevitably dies and gets restocked in the aquarium of life before little Diana comes home and finds she has neglected her pet again and it has died of unnatural causes which continue to presage the need for infinite body doubles for the purpose of serially continuing the miserable life of the creature that God didn’t forget to torment for the entirety of its futile existence. That being said, this probably couldn’t even be done reliably because of space considerations. Just try clicking this sentence for a practice explanation.

Next: Super Freaky Reptile Reality »
« Previous: The Gods Of Thieves